It's true that female sex drive can decline with age. However, studies show that low libido isn't a problem limited to middle-age women and seniors. One study, done by the International Society for the Study of Women's Sexual Health, examined data from 31,000 American women over the age of 18. The study showed that although middle-aged women experienced low sexual desire at a rate of 14.8 percent, younger women followed close behind, at a rate of about 10 percent.

Over 43 percent of the women studied reported suffering from some type of sexual concern and 22.2 percent of the women reported being distressed because of it. Distress caused by sexual problems was more common among women who experienced self-reported low health, depression, anxiety, low education level, urinary incontinence and thyroid problems. 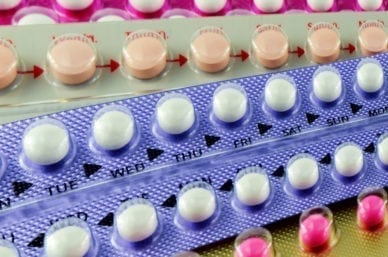 Many cases of low libido in young women come about as a side effect of a medication. Some of the most common medications that can affect your libido include hormonal contraceptives and antidepressants.

Nearly one-third of women of reproductive age take birth control pills. Unfortunately, hormonal birth control pills can reduce sexual desire. According to a study of 1,086 women published in The Journal of Sexual Medicine, women who used hormonal contraceptives were at the highest risk of experiencing sexual dysfunction. Factors such as age and relationship status did not affect this risk.

Sometimes, low libido in young women can be caused by life stress. Young adulthood is a time of exploration, education, and life lessons. While this is a good thing, it also has its downside. Successfully getting through college and starting a new career can be very taxing on mental and physical health for many young women. Navigating the unfamiliar world of relationships can also cause undue stress. Chronic stress increases cortisol levels in the body, which can reduce production of the sex hormones that create libido.

Getting the Spark Back

The first step to solving the problem of low libido in young women is to address any underlying issues that may be causing lack of desire. Whether you're on the pill, stressed, or have vitamin deficiencies, your low libido most likely will not go away until the underlying problem is solved.

If you think your lack of desire is caused by an antidepressant medication, talk to your doctor about finding a new one. Alternatively, if you suffer from mild-to-moderate depression and feel that you do not necessarily need pharmaceutical medications, you may consider weaning off of antidepressants altogether with the help of your physician, and instead using a combination of alternative treatments. Non-pharmaceutical treatment of depression ideally should involve psychotherapy, lifestyle changes and beneficial supplements. 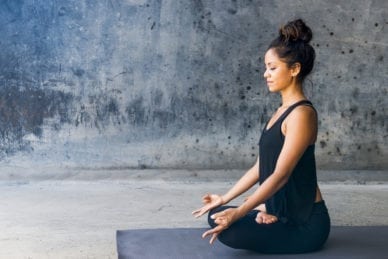 A wide variety of studies have shown that exercising regularly significantly improves mood in people with mild-to-moderate depression. Getting plenty of sleep every night is another lifestyle change that you can make, as sleep deprivation is linked to depression. Over-the-counter, natural supplements that you can take to help maintain a healthy mood include:

If life stress is harming your sex life, find ways to relieve stress in a healthy way. Avoid relieving stress through alcohol, drugs, or stress-eating. Instead, try yoga, meditation, exercise and spending time outside.

In addition to addressing the underlying causes of low libido, you can also take natural supplements that can help to increase sexual desire. Tribulus terrestris, a Mediterranean plant, has shown to be helpful for soothing some symptoms of sexual dysfunction in women. Another herb you can try is maca root, native to South America. Maca root has been shown to improve sex drive in multiple studies on both humans and animals.