Evening Stress: Is the Human Body More Vulnerable to Stress at Night?

Stress is the human body's method of adjusting to times of heightened mental, emotional or physical pressure. Stress is a normal part of life for most people and, in the short-term, can prove beneficial in helping individuals react accordingly to given situations and perform at their peak. That said, chronic, long-standing exposure to stress may precipitate a host of health consequences. Now, new research has discovered that evening stress could potentially be even more detrimental than stress experienced during daytime hours.

Stress's Impact on the Body 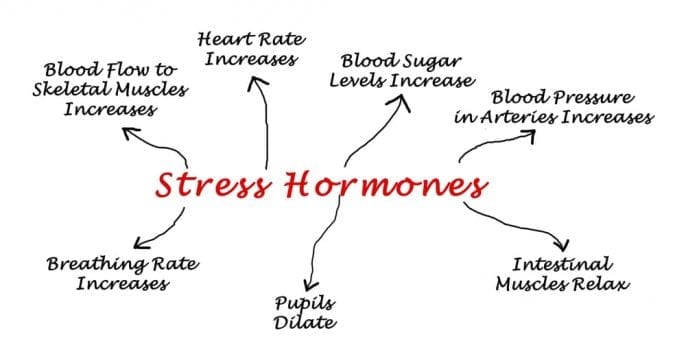 Stress can impact almost every internal system. Among the coping methods employed by the body is the release of chemicals known as stress hormones. These substances, such as adrenaline and cortisol, force almost every bodily system to work at an accelerated pace -- especially the cardiovascular, digestive and central nervous systems.

It is important to note that incidents of stress will elicit different reactions in different people. However, there are certain common physical and mental manifestations overly stressed persons might experience including:

Those under the influence of stress may notice an increase in body aches and pains, digestive issues (gas, diarrhea, constipation, bloating and a decreased appetite), cardiovascular matters (high blood pressure, palpitations, accelerated pulse) and other general symptoms like sweating, headaches, insomnia, fatigue and a weakened immune system.

Continued exposure to heightened anxiety could also result in significant mental and emotional problems such as cognitive disorders (memory loss, lack of concentration), increased anger and frustration, wild mood swings, incidents of anxiety and in severe instances, the onset of depression.

Stress has also been known to precipitate or exacerbate serious underlying medical illnesses.

As its categorization might imply, nighttime stress occurs during the evening and could be caused by a variety events including, but certainly not limited to, tenuous relations with family, tending to a spouse's or children's responsibilities, tending to tedious household chores, catching up on professional duties not completed during the day or simply having more time to concentrate on bothersome or troubling issues.

The findings of a recent study suggests that the body releases fewer stress hormones during the evening, thus potentially rendering the body more susceptible to the impact of stress during late-day hours.

The presence of stress hormones is a bit of a double-edged sword. Earlier, it was revealed that the secretion and systemic circulation of excessive quantities of these substances over extended periods can prove detrimental. That said, when too few of said chemicals are released, the body is ill-equipped to appropriately react to increased anxiety levels.

Researchers divided the test participants into two groups. The first group was placed in stressful situation two hours following their typical awakening time while the other subjects were exposed to heightened tension 10 hours after they usually arise. The administrators subjected the participants to a 15-minute mental acumen test in front of three trained interviewers.

Prior to the exam, researchers took samples of each subject's saliva (which is used to measure cortisol levels). Upon completion of the exam, scientists concluded that cortisol measurements were higher in those who were given the exam in the morning but noticed no appreciable change in subjects tested during the evening.

One of the researchers who was interviewed following the release of the study's findings relayed that their work suggests that the time of day can have an adverse impact upon the HPA Axis, rendering it less effective. Thus, individuals who deal with stress at night should be cognizant and initiate steps to alleviate occurrences of increased tension and anxiety.

Researcher and medical physiologist, Yujiro Yamanaka commented, "the body can respond to the morning stress event by activating the HPA axis and sympathetic nervous system, but it needs to respond to evening stress event by activating the sympathetic nervous system only. Our study suggests a possible vulnerability to stress in the evening. However, it is important to take into account each individual's unique biological clock and the time of day when assessing the response to stressors and preventing them."

While it might be impossible for some to completely eliminate or avoid the people or issues that cause elevated stress at night, there are certain actions that can be executed that may provide some form of relief including:

Exercising Early in the Day 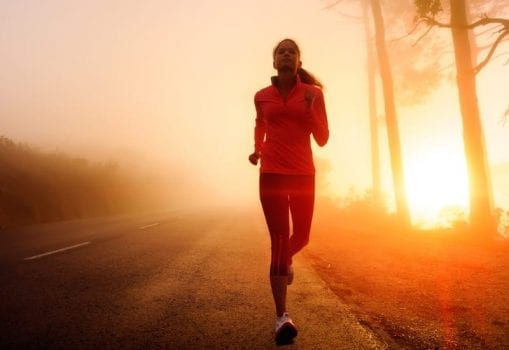 Engaging in some form of physical activity several hours prior to bedtime not only enables the participant the opportunity to release tension but also relaxes the mind and body enough so they might be calm and more able to sleep during the night.

Once again, it might be difficult to execute such a task entirely. However, individuals can help their own cause by eliminating potential stress inducers like checking email, watching late-night news or engaging in work-related activities.

Partake in a Relaxing Activity

Those coping with nighttime stress are encouraged to participate in an enjoyable but tension-free activity such as reading or engaging in a relaxation technique like yoga or tai-chi.