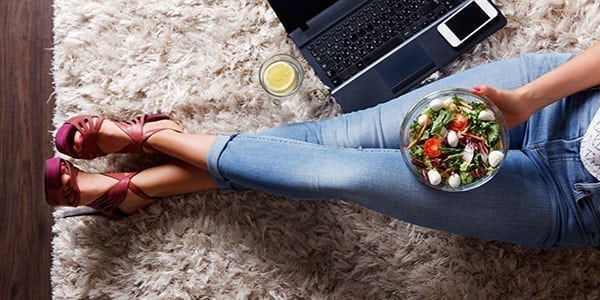 Menopause is a naturally-occurring period in a woman's life when her body gradually ceases to experience menstrual cycles, which eventually leads to an inability to become pregnant. These biological changes occur because of the ovaries' diminished production of critical reproductive and sex hormones like estrogen. Menopause may precipitate numerous physical, emotional and mental manifestations that can rage in severity from bothersome to potentially serious and only fixable with medical treatment. Typically, menopause begins in the late forties or early fifties.

The onset of menopause might be altered by a variety of circumstances and conditions such as a woman's underlying physical and mental health, body composition, genetics and lifestyle habits. One particular determining factor that has garnered attention in recent times is diet. Researchers have found that the foods women consume may greatly influence when she will experience menopause.

A group of English scientists representing the University Of Leeds studied in excess of 14,000 female subjects nearing or in the age categories in which menopause often begins (late forties to early fifties) over a four-year duration. When the study commenced, each participant was asked to fill out a questionnaire where they offered specific answers relating to their general and reproductive health, in addition to their dietary habits. Researchers concluded that those women who experienced delayed onset menopause, in some cases up to three years later than average, consumed primarily fish and legumes such as beans and peas. That said, delayed onset menopause is not all good news. This occurrence has been linked to an increased risk of developing cancers in various reproductive organs.

Foods That May Accelerate the Development Of Menopause

These same Leeds researchers also concluded that some women who ate foods rife with carbohydrates like rice and pasta experienced menopause at an earlier age, often in their early forties. Early onset menopause can be a precursor to serious illnesses like osteoporosis, heart disease and numerous sexual disorders.

How Women Can Maintain Hormonal Balance 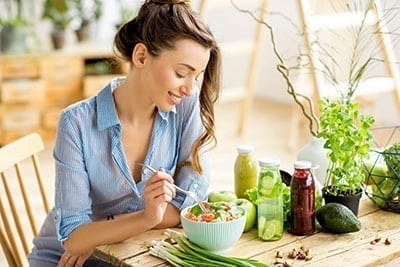 Regardless of how diet or any other factor influences the development of menopause, women may be able to curtail the condition's associated symptoms and avoid potential complications by employing steps that increase hormone production and promote healthy hormonal balance. Such action may not only be beneficial in the fight against menopause but many other potentially serious disorders such as cancer, heart disease and various endocrine system maladies. Achieving hormonal balances might be accomplished by employing several dietary and lifestyle practices including:

Healthy fats like Omega-3 fatty acid can be found in products such as coconut oil and fish like salmon. These substances possess the ability to eliminate bodily inflammation, which is believed to contribute to hormonal imbalances.

Both prescription and over-the-counter drugs may alter your body chemistry and lead to hormonal changes. Before taking any type of medication it is important to review all of the potential side effects and discuss any specific concerns one might have with a doctor or pharmacist.

Increased stress can precipitate hormonal imbalances throughout the body which could eventually precipitate a host of illnesses. Women nearing menopausal ages or those who are already experiencing the condition are advised to eliminate any and all unimportant activities that cause undue stress and tension.

Physical activity is believed to increase hormone levels in those stricken with deficiencies and provide a balance in individuals suffering from excesses. As little as a half hour of light exercise per day could significantly help a menopausal women improve hormone balance.

Medical professionals recommend that menopausal women identify specific nutritional deficiencies they might have. These issues might lead to hormonal imbalances.

How healthy or unhealthy a menopausal woman's digestive tract is could play a part in determining her overall health. Many ailments that could precipitate hormonal problems begin in the intestinal region. Remediating such ailments might prevent such illnesses from occurring.

Certain herbs such as holy basil, eleuthero and maca are known as "adaptogens," and possess the ability to help the body adapt to any given stressful situation, as well as regulate the hormones involved in such stress reactions. Taking a natural supplement that contains one or more of these effective herbs can promote healthy hormone balance and stress response during menopause.