Dangers of Energy Drinks Not Caused by Caffeine Content

The dangers of energy drinks are becoming more and more well known. Not only do they briefly provide "false" energy usually followed by a crash, they can also put your health at risk. 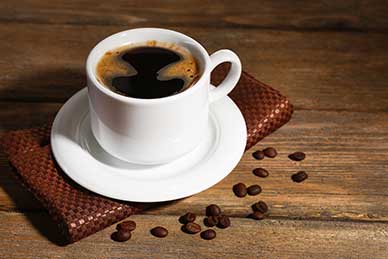 It is understandable that most of us want to find ways to get more energy. Whether we didn't get enough sleep, have been working hard all day, or are simply in an afternoon slump, consuming caffeine is a quick way to counteract tiredness. Caffeine is the world's most common psychoactive drug; about 80 percent of American adults consume this stimulant daily.

Drinking up to three cups of coffee daily is a safe amount of caffeine. However, caffeine tolerance can build up, leading us to need more caffeine to feel the same amount of energy. When we start consuming so much caffeine, negative health effects often occur. Caffeine increases cortisol levels, which can increase your risk of serious health concerns like heart problems, depression and anxiety. Acute high doses of caffeine are also bad for your heart and blood pressure, in addition to causing side effects like a headache, sweating, nausea and irritability. If we don't curb our caffeine use and use it very responsibly it can easily end up doing more harm than good.

Caffeine is not always the best way to increase energy levels, especially over the long term. However, in recent years caffeine has only become more and more popular, especially in the form of energy drinks. Energy drinks generally contain high doses of caffeine as well as various stimulatory ingredients such as guarana, taurine, kola nut, cocoa, yerba mate and other assorted herbs and vitamins. A majority of adolescents and young adults are regular consumers of energy drinks, according to surveys.

A recent study, published in the Journal of the American Heart Association, found that drinking an energy drink is more harmful than drinking a different beverage with the same amount of caffeine. Researchers had volunteers drink either 32 ounces of a commercially-available energy drink or 32 ounces of a sparkling beverage. Both drinks had 320 milligrams of caffeine.

What the researchers found was that despite both beverages having the same caffeine content, those who drank the energy drink experienced more severe disruptions in their heart activity and blood pressure. Plus, the negative effects lasted longer in the energy drink group.

A moderate amount of caffeine is not dangerous and neither are most of the herbal supplements added to energy drinks when taken by themselves. There is simply something about the combination of stimulating herbs with large amounts of caffeine that puts an undue pressure on our bodies. The dangers of energy drinks may outweigh any possible benefits, especially when healthier alternatives are available.

Energy drinks are especially dangerous for adolescents, young adults, people with high blood pressure, people with anxiety or seizure disorders and anyone with a medical condition of the liver, kidney or thyroid. 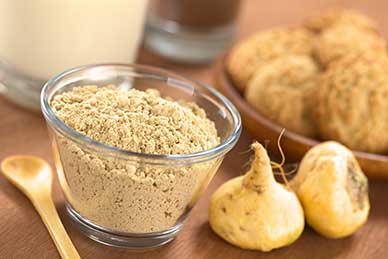 Rather than putting your health at risk by using energy drinks as a pick-me-up, try out a natural botanical energy booster. There are scientifically proven herbal supplements that can give you an energy boost that lasts longer than that of energy drinks. Such herbs also are much healthier to use in the long-term, usually present no side effects and often carry other health benefits beyond increased energy.

Maca, known to science as Lepidium meyenii, is a plant related to turnips that grows in the Andes mountains in Peru. Maca is known to be an adaptogen, or a plant that helps your body recover from stress. The stress-relieving effects of adaptogens mean that taking them will leave you less fatigued by daily stressors. Taking an adaptogen like maca addresses the root of the problem, rather than masking stress-caused fatigue with caffeine and other substances. Maca also is known to support a healthy mood, which is likely partly due to its energy-enhancing effects.

Eleuthero, also known as Siberian ginseng, is another great adaptogen to take on a daily basis for improved energy levels. Studies show that this herb can increase resistance to fatigue, increase oxygen uptake and increase cardiovascular exercise performance.

Gingko biloba is great if your main problem with fatigue is that it leaves you less mentally sharp. Ginkgo biloba promotes healthy cognition, which can help you have more mental energy. It decreases levels of cortisol, a stress hormone that can have negative health effects if levels are chronically high. Gingko biloba also improves sleep quality, helping you be more refreshed the next day.

Lastly, Panax ginseng is another great herb for energy. It has potent anti-fatigue properties due to a class of chemical compounds called ginsenosides. Panax ginseng can also improve cognition and sleep quality. This herb is sometimes found in energy drinks, but when taken by itself without a high dose of caffeine alongside it, it is quite healthy.