Anxiety and stress can impact almost every aspect of a person’s physical and mental health. Not only can these common afflictions exacerbate or precipitate serious health problems such as high blood pressure and heart disease but it may cause a wide array of persistent, untoward symptoms that may interfere with someone’s quality of life and ability to perform his or her daily routine. Such manifestations include headaches, tiredness, depression, decreased libido, digestive problems, bodily pains, sleep disturbances and difficulty concentrating.

How Stress Is Contagious

Recent scientific research has shown that tension and anxiety can be transmitted from individual to individual. A study conducted by psychologists from the Max Planck Institute for Cognitive and Brain Sciences and the University of Dresden tested this theory. The German doctors placed their subjects in two control groups. The first were placed in a stressful situation, while the others observed. Each person was paired with either a loved one or a stranger of the opposite sex. More than one-quarter of the observers displayed biological signs of increased tension, such as a rise in their bodily concentrations of stress hormones. 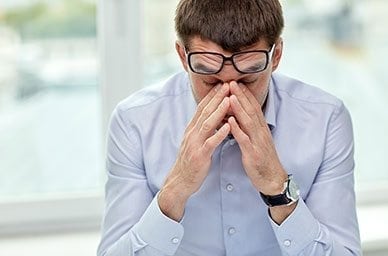 Researchers representing Canada’s University of Calgary studied the impact of stress on laboratory mice. These scientists paired male and female mice, took one of the partners away, subjected he or she to stressful circumstances, studied their brain’s makeup and ultimately returned the test subject to his or her partner. The researchers discovered that certain neurons (brain cells that control the response to stress) in the test subject’s brains were altered. However, a more interesting find was that the untested mice also experienced neuronal changes after being reunited with their partners.

These same researchers also discovered certain subjects' tension levels returned to normal following interactions with unstressed partners. The team of scientists concluded that some of the female subjects were able to regain a sense of calm simply by associating with more even-keeled partners. The snag in this discovery is that the same conclusions could not be drawn about the male mice.

Can Stress Alter the Brain Chemistry Of Humans?

Research has shown that direct exposure to stress or trauma is not necessary in order for stress to impact a person’s brain. An ongoing investigation conducted by scientists at Virginia Tech University found that severe anxiety-related manifestations like Post-Traumatic Stress Disorder (PTSD) can develop in individuals who witnessed a stressful event second-hand, such as children who viewed television coverage of the September 11, 2001 terrorist attacks. The Virginia Tech test presenters refer to this an observational stress. Another example of this phenomenon might be the child or loved one of a soldier who engaged in combat. The warrior’s traumatic experiences could manifest in stressful emotions emitted by those around him or her who are attempting to help their relation deal with his or her pain.

How Can Contagious Stress Be Managed?

Tension can be managed using a variety of methods including: