Travel to another country and you might notice that the food is more flavorful and the dishes more delectable than back in the States. Often, the superior quality and taste can be attributed to the fact that the ingredients are fresh, natural and less likely to be processed. Fruits and vegetables are grown locally using natural farming practices, and locally-raised meat is obtained fresh from the butcher with no food additives and contaminants like drugs, hormones and preservatives.

Sadly, when it comes to sacrificing quality (and health) for profit, the U.S. wins. In fact, many foods that are widely-available in the U.S. have been banned in Europe and other countries due to their questionable safety. Linked to health concerns ranging from low libido and hormone imbalance to cancer, these products should be avoided if you want to maintain your good health.

Food Additives and Contaminants Not Yet Banned in the U.S.

Soft Drinks Made With Flame Retardant

When it comes to soft drinks, flame retardant might not sound like the most natural ingredient choice, but that's exactly what's in certain drinks like Mountain Dew and Gatorade, which contain a chemical called brominated vegetable oil (BVO). Brominated vegetable oil was originally created as a flame retardant, and is used in beverages to keep the citrus flavoring stable. Banned in Europe and Japan, the FDA initially considered it safe, but subsequently reversed its decision. Until further testing is done, the FDA is still allowing BVO to be used as on of the most common food additives and contaminants. One of the main issues with this chemical is the bromine, which can accumulate in the body and cause skin rashes, memory loss, and nervous system dysfunction. Bromine can also block iodine from being used by the body, contributing to thyroid deficiency and overall hormone imbalance.

Bread Made with Potassium Bromate 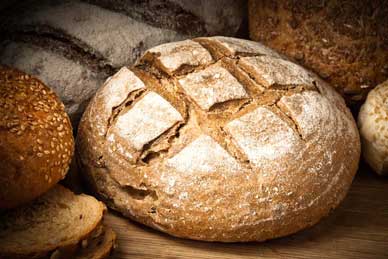 Our old friend bromine is back! This time as one of the most popular food additives and contaminants in breads and baked goods, which often contain bromine in the form of potassium bromate, or bromide. Baked goods are frequently "enriched" with this chemical to make the dough more pliable and easy to manipulate during the manufacturing process. Like BVO, potassium bromate can also block thyroid function, contributing to a hormonal imbalance. Banned in Europe, China, Canada and many other countries, it is a class 2B carcinogen, which means it is known to cause cancer in animal studies. Potassium bromate can also be detrimental to kidney health and adversely affects the nervous system.

Today, much of the salmon you'll find in the store is farm-raised. Farm-raised salmon usually contain higher levels of potentially harmful toxins like dioxin (which can cause cancer) and Polychlorinated biphenyls (PCBs), as well as pesticides and antibiotics. Farm-raised salmon are also less healthy due to a diet of genetically-engineered grains, contaminated fish meal and fish oils, which is designed to fatten them up as quickly and cheaply as possible. This unnatural diet makes it necessary for salmon farmers to add synthetic coloring to the meat to mimic the natural red or orange hue of wild salmon, who eat krill. Farmed salmon also contain more Omega 6 fatty acids, as opposed to the beneficial Omega 3 fatty acids found in wild salmon. Farm-raised salmon has been banned in both Australia and New Zealand. Some clues as to whether the salmon on your plate is wild-caught are that wild salmon is naturally leaner than farmed salmon, and will have a brighter red or orange color as opposed to pale pink. Farm-raised salmon might have a softer, mushier texture due to the fish oil in its diet. In stores, farmed salmon is often labeled "Atlantic salmon" or "fresh salmon." To be sure you're getting wild salmon free of food additives and contaminants, look for fish labeled "Alaskan salmon," "wild Alaskan salmon or "Pacific salmon." 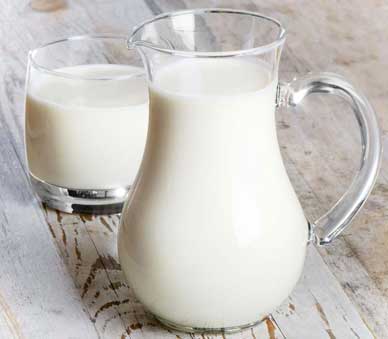 To increase milk production and profits, dairy cows are frequently given a synthetic, genetically-engineered hormone called recombinant bovine growth hormone (rBGH). This synthetic hormone, banned in over 30 countries including Australia, Canada, and the European Union, was originally created by Monsanto from E. coli bacteria, and has been marketed to dairy farmers for decades. At this time, it's the most popular dairy animal drug in the United States. Since 1999 there has been an international ban on rBGH milk after it was voted against by the United Nations Safety Agency. Even our own Cancer Prevention Coalition has tried to get the FDA to ban rBGH milk, but to no avail—possibly due to the backing of the drug by our huge dairy and pharmaceutical industries. Why is rBGH milk dangerous? Not only is rBGH milk more likely to be contaminated with antibiotics and even pus from sick cows, it has also been shown to cause cell mutation and increase the risk of cancer. In fact, rBGH milk has been specifically linked to breast cancer. To avoid rBGH milk, buy organic, or look for a label stating that the milk is "non-rBGH" or "rBGH-free."

Ever since scientists discovered it could increase muscle mass in mice, ractopamine, a drug originally created for asthma, has been used to to increase lean muscle mass and speed up weight gain in pigs, cattle and turkeys before slaughter. Today, as many as 80 percent of the pigs in the U.S. are given ractopamine. Originally approved in the U.S. based on research performed by the drug's own manufacturer, ractopamine is now banned in 160 countries. Ractopamine has been linked to cardiovascular problems in humans, as well as hyperactivity, trembling, the breaking down of muscle, broken limbs, chromosomal changes and even death in pigs. The likeliness of ractopamine being present in the meat you eat is higher than with other additives, because it is usually given to the animal shortly before it is killed, usually within their last month. In a recent sampling, ractopamine was found in roughly 20 percent of the pork tested, in addition to a range of bacteria that were resistant to antibiotics. Unfortunately, meat in the U.S. is not tested for ractopamine, so unless you buy organic, you have no way of knowing whether you're ingesting this toxic drug.