Common Signs of Low Testosterone in Men Under 30

Low testosterone, or low T, is a condition in which men have testosterone levels lower than normal for their age. All men experience a natural decline in testosterone that begins around the age of 30, declining about 1 percent each year. However, sometimes young men can develop this condition.

Low testosterone is sometimes called "male menopause," but it's not always a sign of normal aging. Unlike menopause in women, in which estrogen levels reach zero, testosterone levels in men never completely decline, but they can get quite low. The signs of low testosterone can include everything from depression and fatigue to decreased libido and reduced muscle mass. Research even suggests men who have low testosterone levels are at a higher risk of conditions like diabetes and heart disease.

Symptoms of low testosterone can be subtle and easy to disregard or attribute to another cause. Many men are under the mistaken belief that erectile dysfunction and decreased libido are the primary signs of low T, but the hormone problem can cause widespread symptoms. Not all men with low T develop sexual side effects.

The most common symptoms of low testosterone include:

These symptoms can quickly affect relationships and quality of life, especially among younger men.

What Causes Low T in Men Under 30?

Low testosterone among young men is not as common as among older men. The causes also tend to be different. Rather than normal aging, low T among men under 30 may be related to high blood pressure or high cholesterol, excessive use of alcohol, illegal drugs, anabolic steroids and some prescription drugs like steroids. 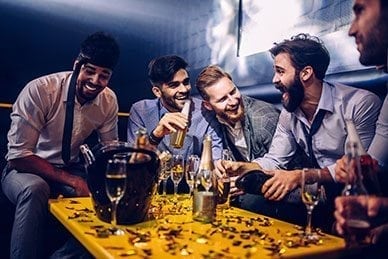 Causes of low T can be categorized as primary or secondary. Primary low T refers to an issue with the testicles, such as an injury, chemotherapy or a developmental problem. Secondary low testosterone occurs when the testicles are normal but the function is compromised due to a problem with the pituitary gland or hypothalamus. This interference can come in many forms, such as obesity, Type 2 diabetes or high blood pressure.

Some injuries and medical conditions are also linked to low T, including pituitary disease, cancer treatment, inherited diseases like Prader-Willi syndrome in which the testicles do not fully descend and injuries or conditions affecting the testicles.

Even when no obvious cause is determined, low testosterone is still possible. Sometimes T levels decline for no obvious reason in young men.

Low testosterone is usually not treated unless there are noticeable symptoms like low libido, erectile dysfunction or mood problems. The only option for men who do not produce testosterone in their testes is testosterone replacement, a form of hormone therapy. When this is not the case, other treatment options may help. Increasing exercise, eating a healthier diet, getting enough sleep and losing weight can all contribute to healthier testosterone levels.

While testosterone replacement therapy can be a suitable option, it can come with risks and downsides. For example, fertility is a concern among young men as providing testosterone therapy to men who want to be fertile can cause an important side effect: turning off sperm production.