If we don’t feel like having sex, it’s not always for lack of a partner or lack of the right partner.

As a gynecologist, years of clinical work with patients made it evident that many women are not satisfied with their sexuality – and their husbands sometimes even less so! The stress and pressure that we have to cope with in our daily lives affects not only our physical health but also our psyche. Research shows that our libido, the desire to love and be sexually active, starts in the mind. Why do so many complain that they are too “tired” for love?

If we are under constant pressure to perform, and also feel worn-out and exhausted physically, we usually don’t have a “mind” for love. On the other hand, sex actually helps reduce stress and improves or even restores our physical and mental well-being. It’s a vicious cycle! That’s where Macabido® can help. 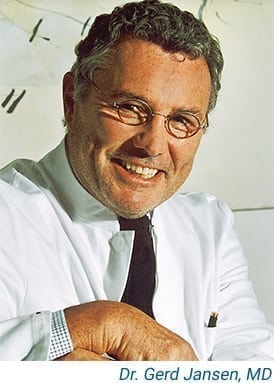 In a large-scale clinical trial, over 60 percent of men and woman felt a significant improvement in their level of desire and arousal as well as an increase in overall energy with standard maca, while an astounding 92 percent experienced the same effects after taking Macabido®!

Macabido® is a special formulation that’s only been available in the US for a short time. In addition to the pure extract of maca root, both Macabido® Mens formula and Macabido® Womens formula contain other natural ingredients such as ginkgo, ginseng and trace minerals, and are tailored to the specific needs of men and women.

In the Macabido® study, conducted according to strict clinical study guidelines, something else came to light: The men and women that took Macabido® needed only one third of the dose, that is, only two instead of six capsules, compared to those that took a customary maca product.

The upshot: Macabido® contains an optimum combination of valuable ingredients which not only help maintain healthy libido in both men and women but also support healthy energy levels and general well-being.

Why do I, a gynecologist, concern myself with both female and male sexuality? Why was I involved in the Macabido® study? What good is it if I help a patient recover her ability to love but her partner remains listless?

All those men and women whose love life is affected by the stress of everyday life, lack of desire, general weariness, exhaustion and listlessness can support a healthy sexual appetite quickly and naturally, thanks to Macabido®.

Give it a try!